Around Campus - Popcorn Day Pop Up 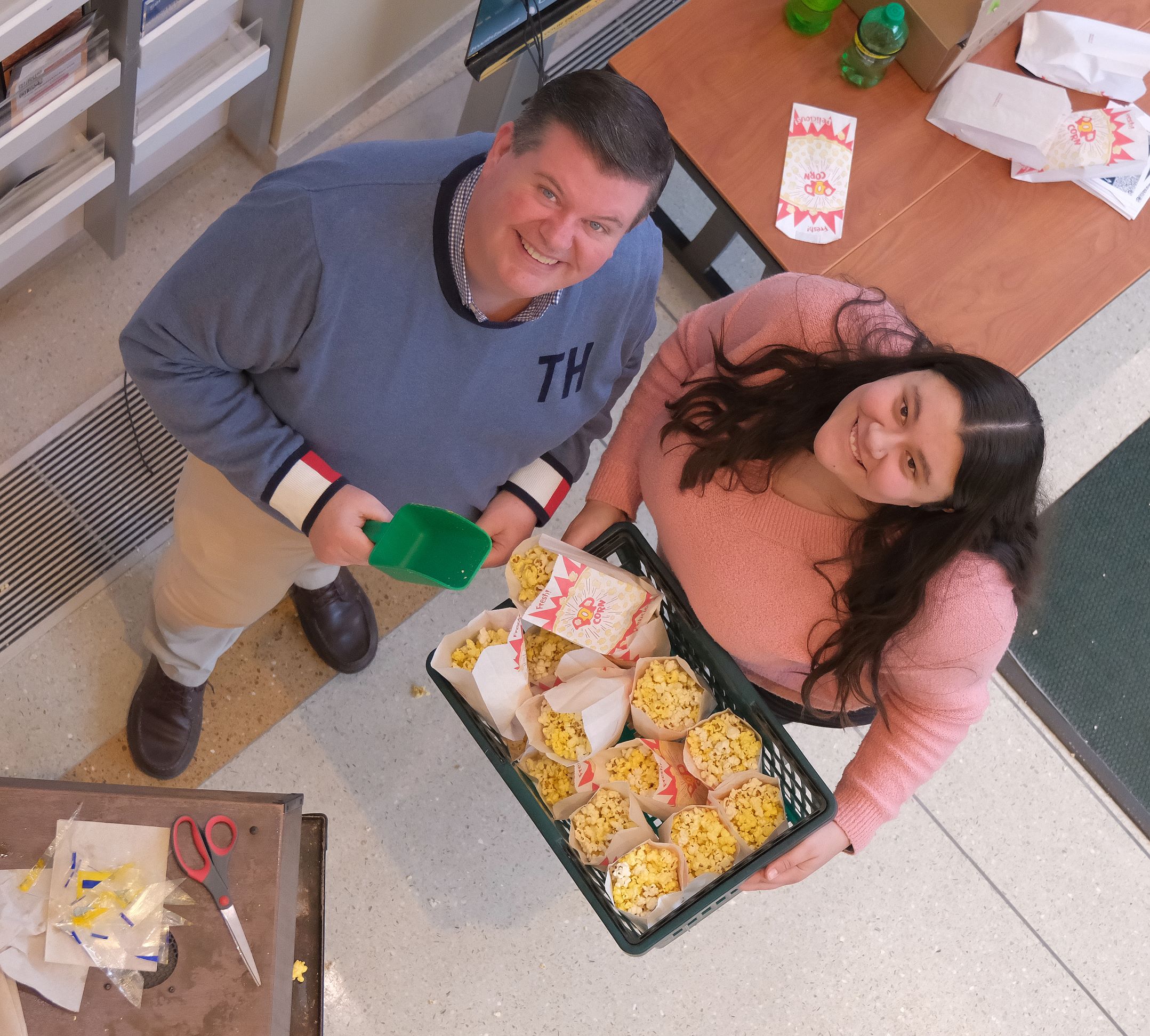 Around Campus - Introduction to Graphic Design 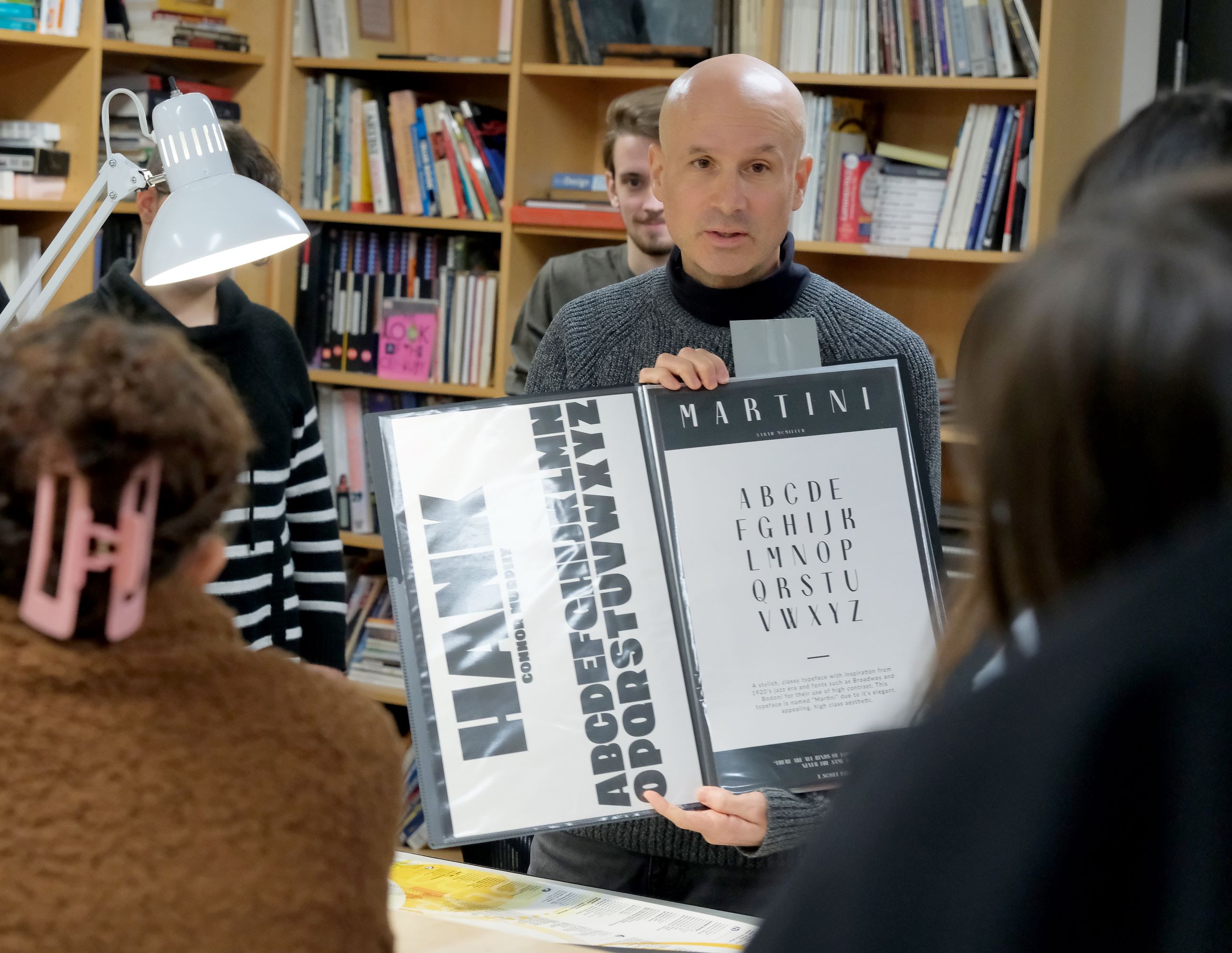 Professor Donald Tarallo gave his Introduction to Graphic Design students a break from the Macs to tour the Graphic Design Analog space and give them a look into non-computer generated graphic design techniques.

This past semester, Humanities Professor Amy McGlothlin assisted senior Ryan Gallagher with an independent study for his Music Theory and Composition minor.
According to McGlothlin, "The project was an album release.  Ryan has released several individual songs over the past few years, but never an entire album.  We worked on the concept for his album, which songs belonged on it, and which ones he should save for the next project. Then we picked a release date for the album. Ryan worked on mixing and mastering his music using skills he learned in my Introduction to Music Technology courses, as well as on his own. He created his own merchandise, and worked on getting his music into the distribution pipeline for the release date.  He organized people to help him with the show, including people to run the merchandise table where he sold T-shirts with his logo on them, arranging for catering to bring pizza for anyone who attended and arranging for someone to record the show on video. He designed the poster, and did the advertising. We met or talked about his project every couple of weeks to be sure he was on track and to give him some ideas.  I invited local music producer Young Coff33, who came to the show with his production company and talked to Ryan afterwards, giving him lots of praise for the quality of his work. It was pretty much a full house in the Falcon Hub that night, which goes to show that Ryan did a great job with spreading the word, and also shows what a great group of friends he has that came to support his presentation.
"The show lasted about 45 minutes. Ryan talked about each song before performing it. I assisted with running the sound for his background tracks, all of which he wrote the music for.  I'm really proud of Ryan and his work on this project which pulls together a number of skill sets that young musicians must now have to get started on a career."

Here is a link to his album "The Art of Self Defense" by Sly -  https://open.spotify.com/album/37OLXk2t2IyS7SV4sy7sxu?si=dRXcTVvQTDmjCqw6OFXNMQ
Some images provided by social media ambassador, Armando Libier. 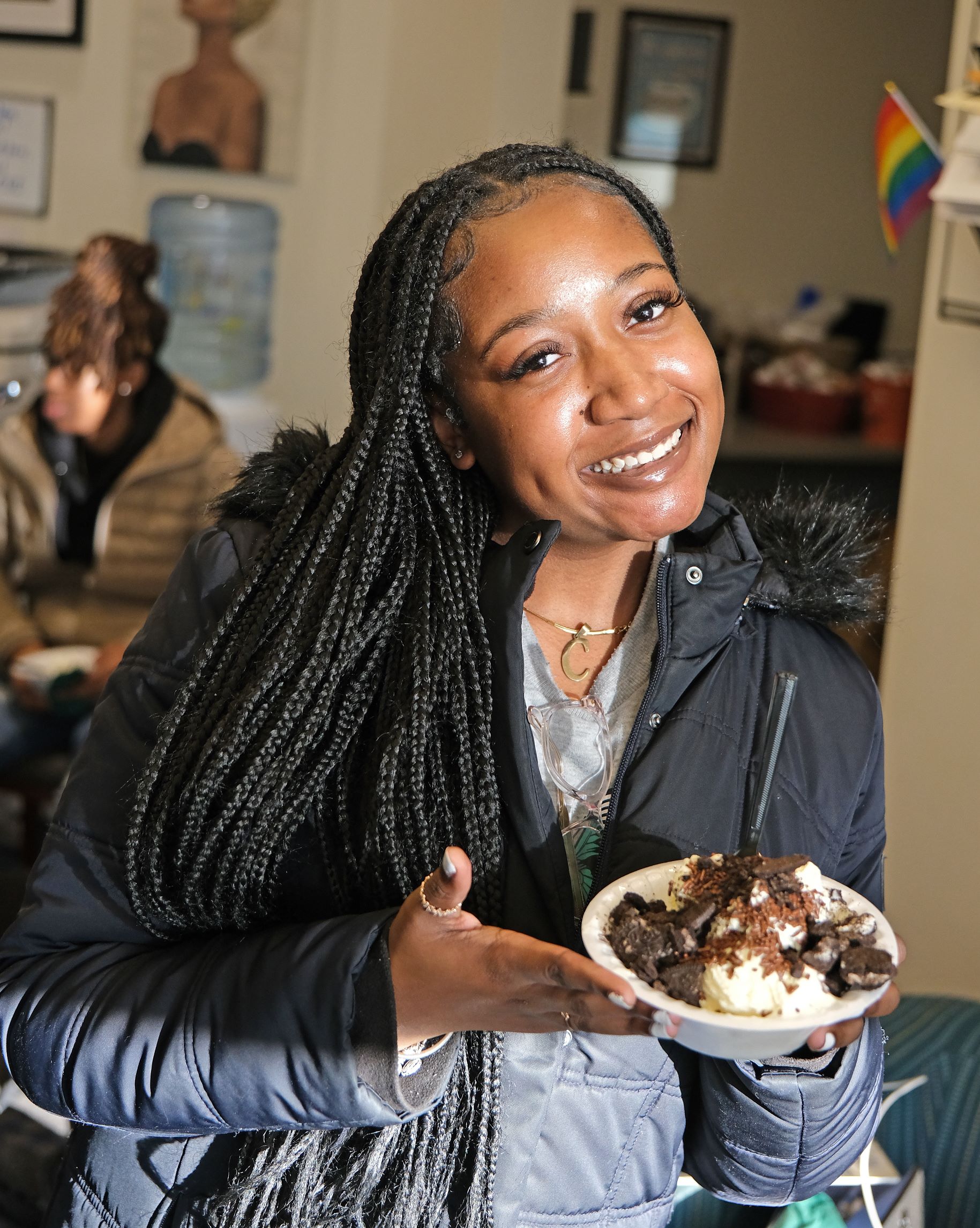 Earlier this week, our Center for Diversity and Inclusiveness treated students to ice cream sundaes, and a French fry bar - offering breaks during finals week. The events were welcome breaks from the stress of finals.

This afternoon, Student Development hosted a Pop Up Popcorn Finals Frenzy on the G-Level of Hammond Hall. 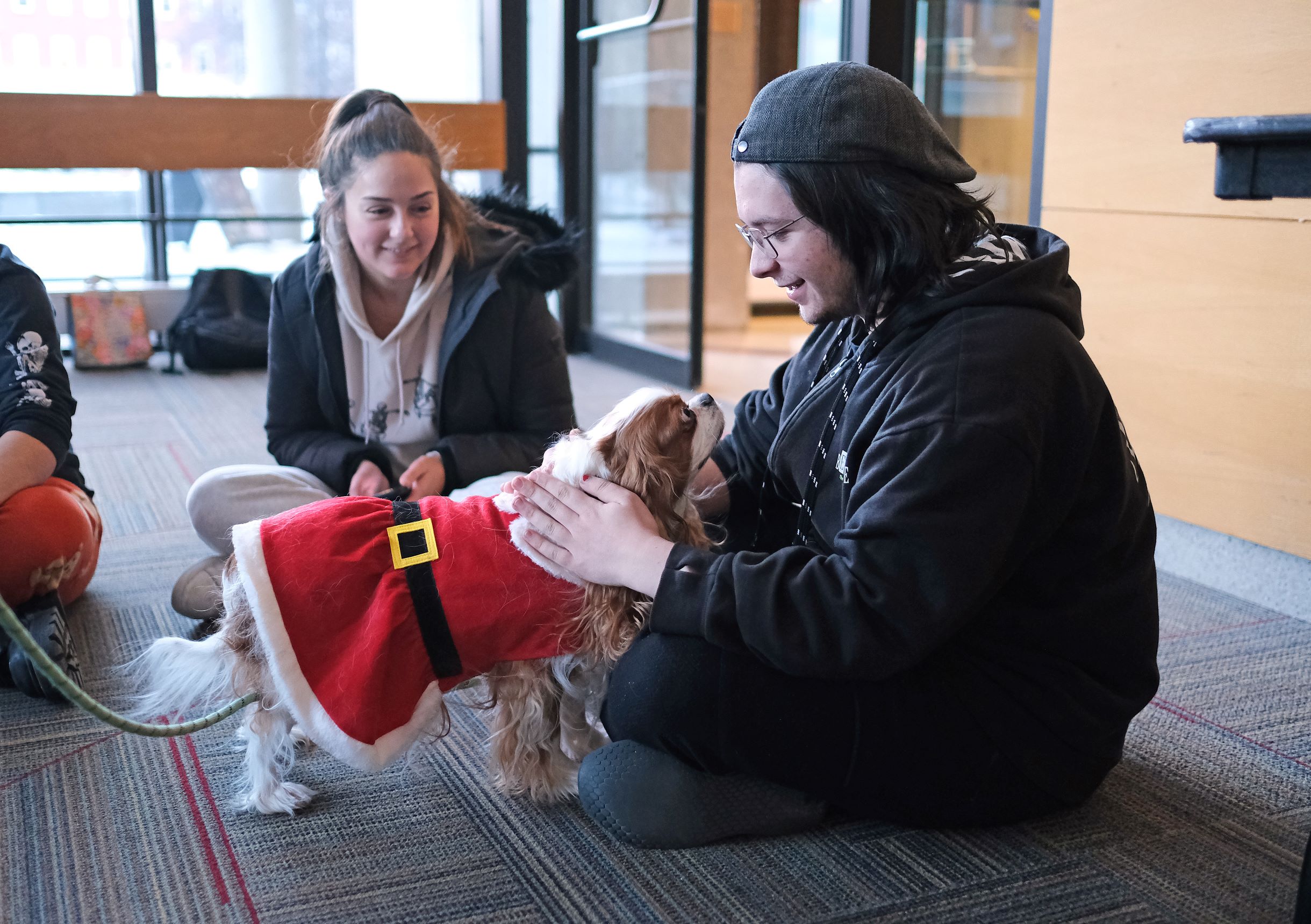 Yesterday afternoon, students got a little break from classes, tests and projects this afternoon by spending a little time with Daisy, Mischief, Penny and  Fitchburg State University Police's own Odin in the Hammond Maine Lounge, These therapy dogs were a welcome respite from the stress of finals season. 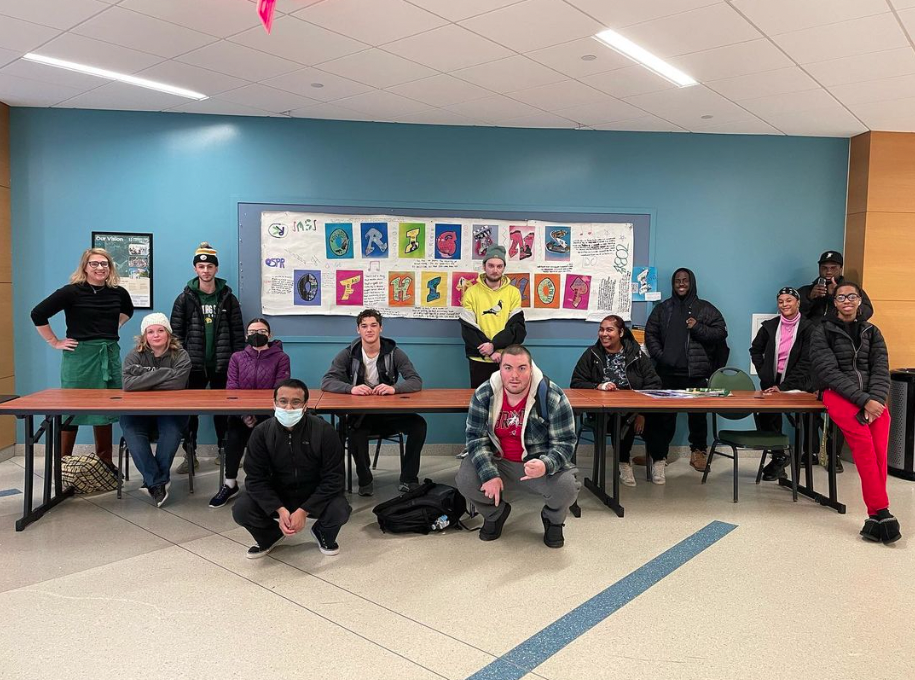 The students in HIST 2057 Origins of Hip Hop committed an act of public art this week in Hammond — they took over the bulletin board on the Street level to display their artistic interpretation of the origins of this culture and its influences, complete with quotes they drew from readings. 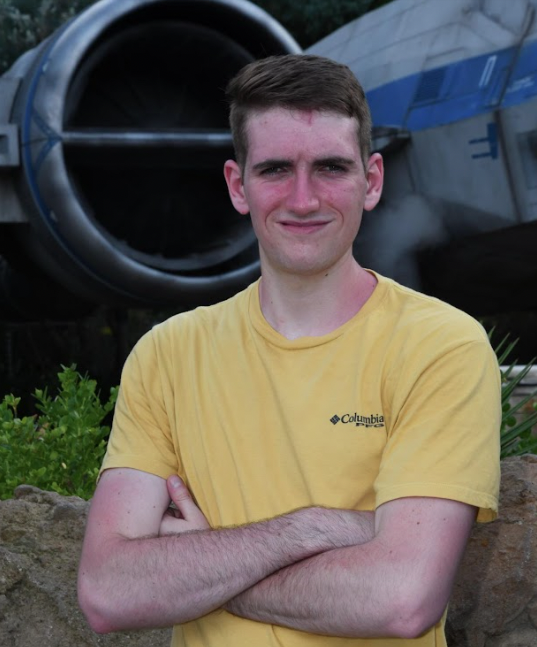 Recent graduate, Michael Pawson ‘22, graduated this past May and has accepted a position at AbbVie in Worcester as a Biologist II. 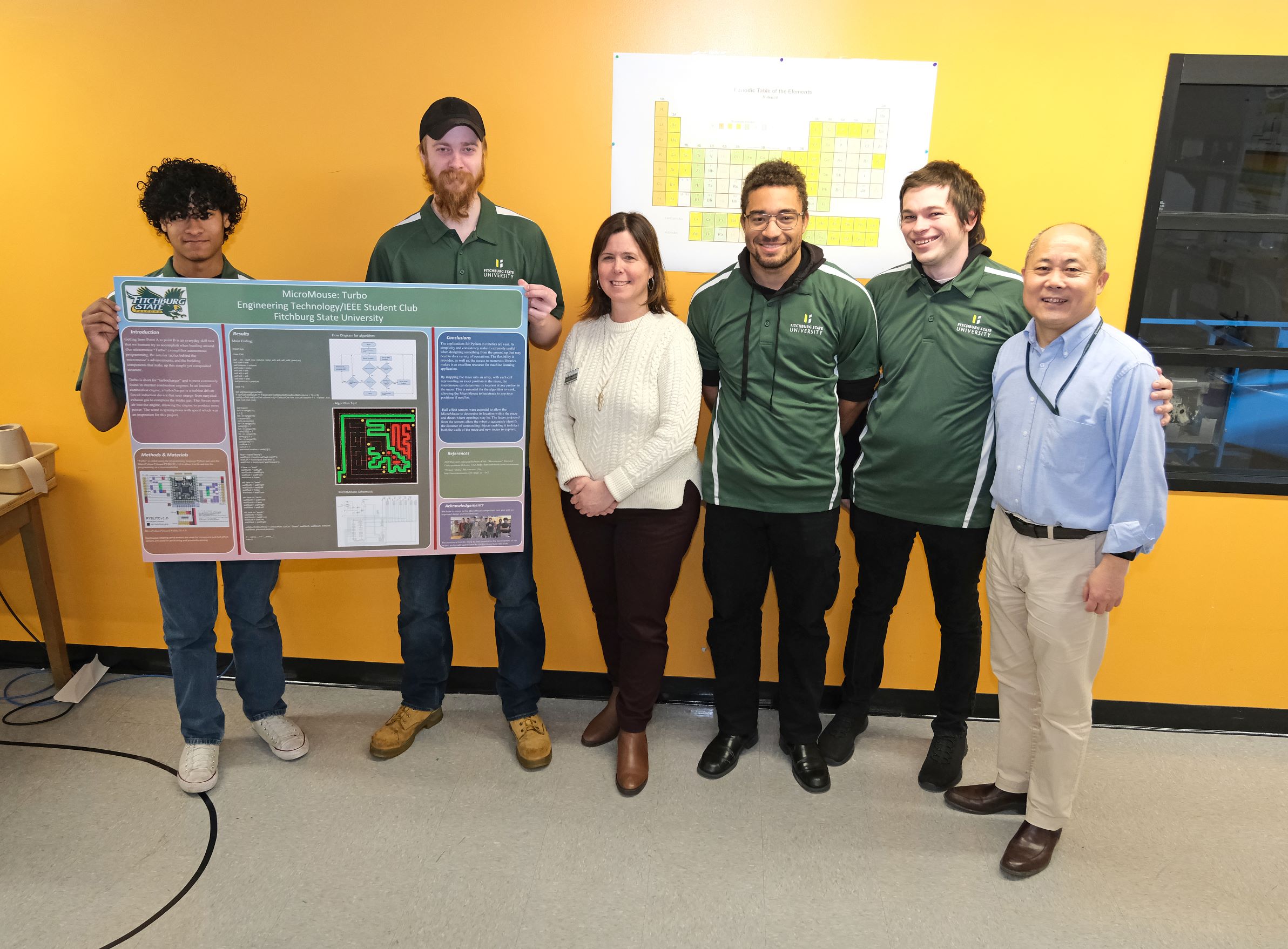 Topics: Our Students, Clubs and Organizations, Health and Natural Sciences 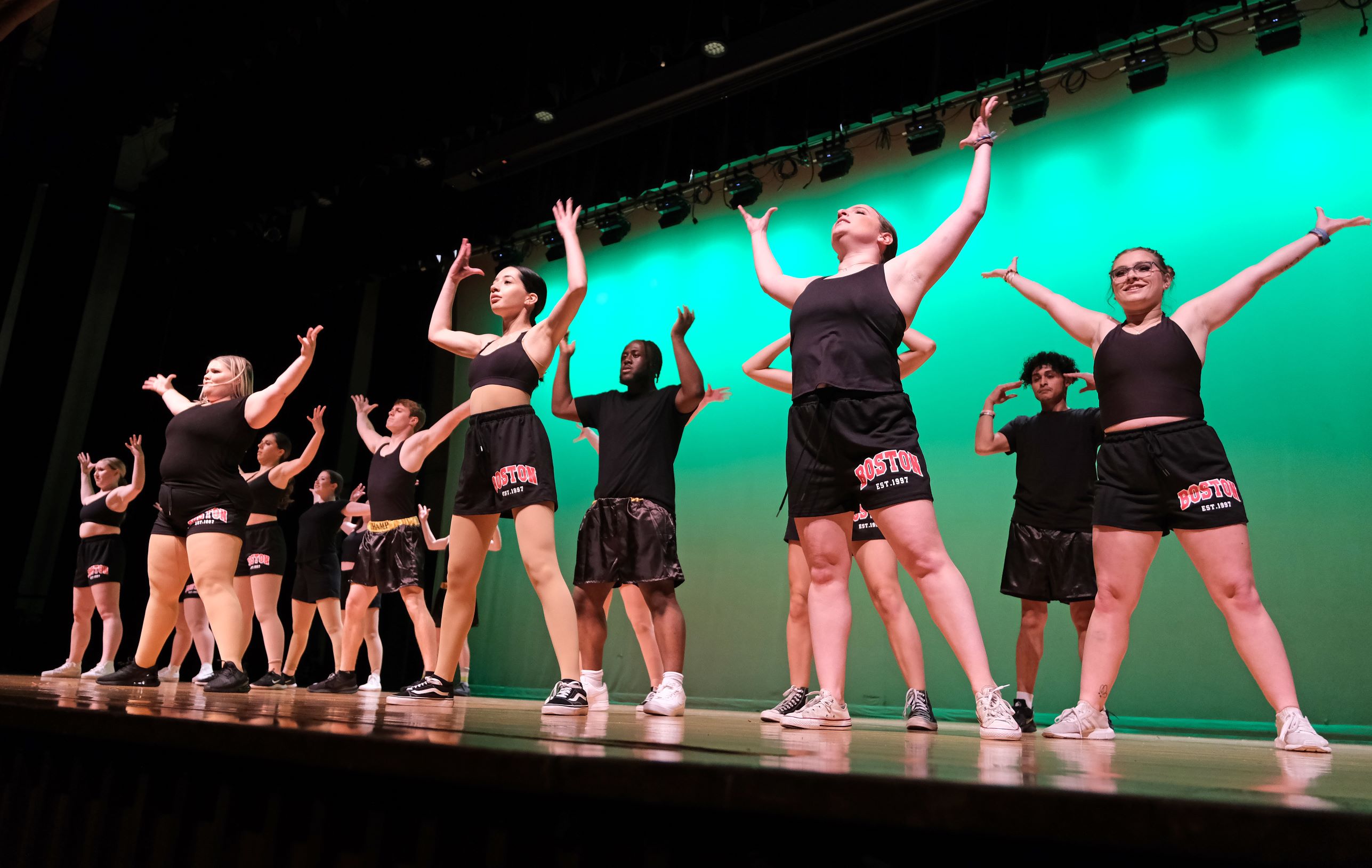 The Fitchburg State University Dance Club held their annual Winter Showcase Friday night and Saturday afternoon to packed and boisterous audiences. Each performance was choreographed by a member of the club, and the performances were amazing! Senior Kayla Matthews and her self-described Proud Dance Dad served as emcees for the event.