Members of our Admission Staff, along with our Student Ambassadors/Tour Guides, eagerly welcomed three groups to the Fitchburg State University campus Friday. We were delighted to host seventy students from Narragansett High School, twenty students from Boston Prep Charter School, and twelve transfer students. Each group attended Information session, toured our beautiful campus, and then had lunch where they were able to ask current students about the university.

The Fitchburg State University Campus Center was abuzz today as the university hosts the American Moot Court Association's Eastern Regional Undergraduate Moot Court Qualifying Tournament. Student teams and coaches from as far away as California and Louisiana registered for the event this afternoon. Event coordinator, Economics, History and Political Science Professor Paul Weizer, welcomed volunteer judges, as well as the competing teams. This competition will span this afternoon and all day tomorrow.

Some Fitchburg State alumni Moot Court National Competition Winners were on hand to assist and reminisce with Professor Weizer. Good luck to all competitors! 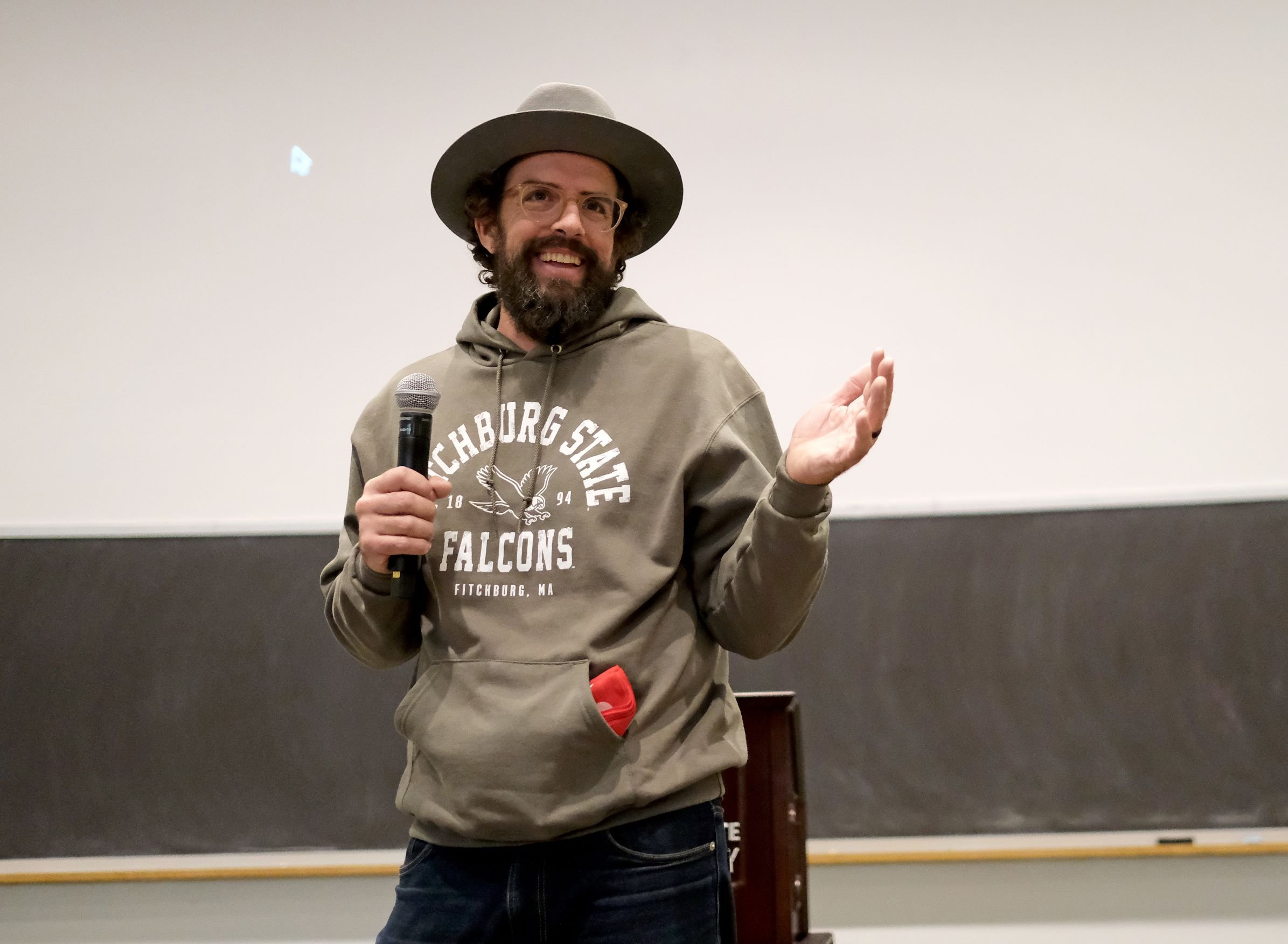 This afternoon, the Fitchburg Activities Board (FAB) gave students the opportunity to repot a succulent - get it, "succs"- and get their photo taken with their succulent in it's personalized new "home."

Students in Biology and Chemistry Professor John Ludlam's Invertebrate Biology Lab are studying feeding efficiency in the hornworm. The process involves meticulously weighing & recording natural and artificial food sources, along with the worm, and its waste. The results will give a better idea of how the different food sources are used by the worm.

Around Campus - Therapy Dogs in Hammond 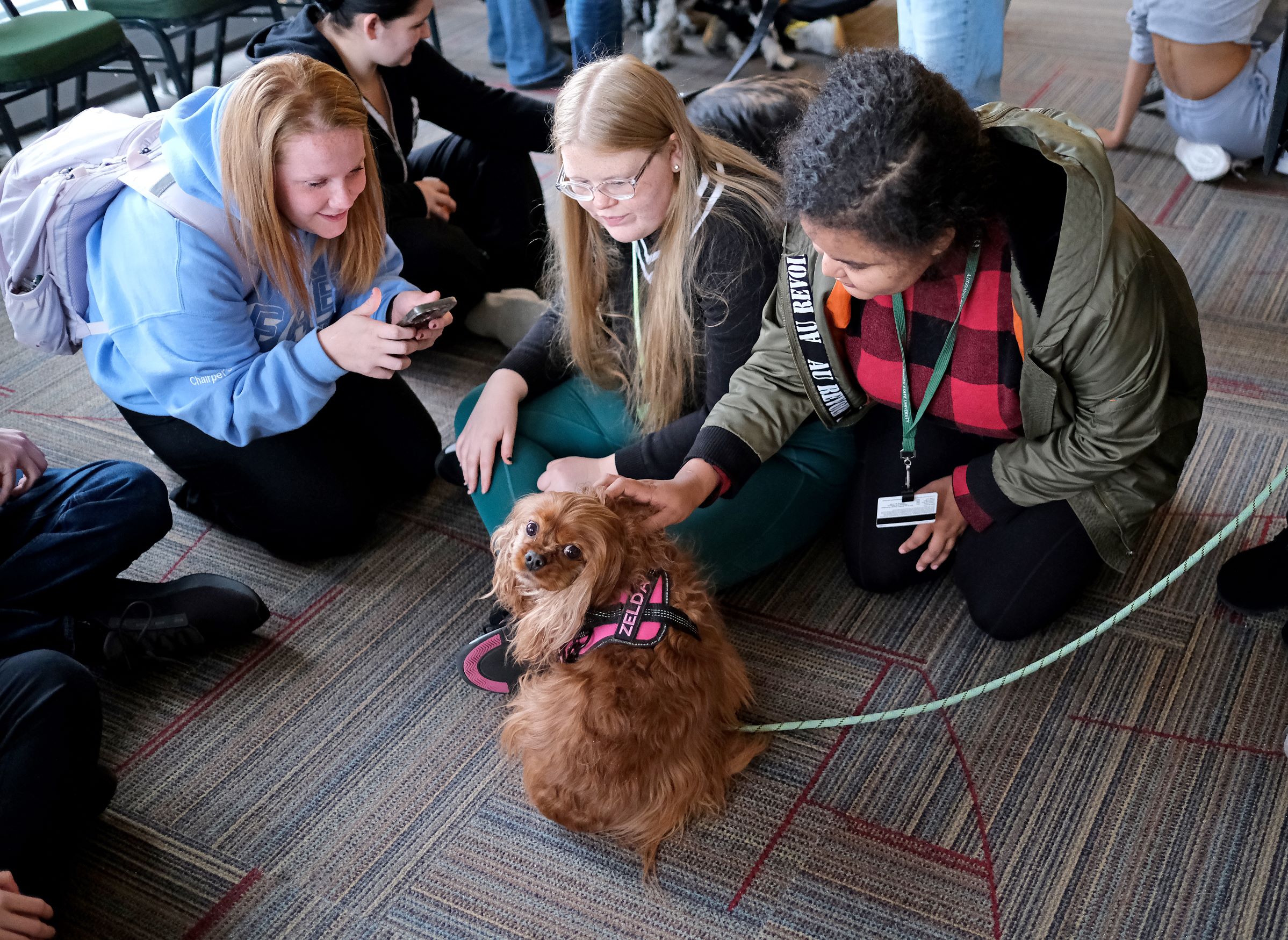 This afternoon, students got a little break from classes, tests and projects this afternoon by spending a little time with Zelda, Moka, Nellie and Penny in the Hammond Maine Lounge, These therapy dogs were a welcome respite from the stress that comes as the semester progresses. Keep your eyes on University Events for future visits.

A Raisin in the Sun - Sneak Peek

Beginning this evening, the Communications Media Department will present its production of Lorraine Hansberry’s celebrated play A Raisin in the Sun. The play tells the story of a lower-class black family’s struggle to gain middle-class acceptance. The university’s production is directed by Professor Kelly Morgan. “It is brutally upsetting that issues presented in this play still resonate with us as a society," Morgan said. A Raisin in the Sun will be performed in the Wallace Theater for the Performing Arts at the McKay Complex at 6:30 p.m. Tuesday through Saturday, with matinee performances at 2 p.m. Saturday and Sunday. Learn more about the production here.

While most students in Andrea Olmstead's Ceramics class worked on teapots, others continued working on different projects. Learn more about our Fine Art Program here.

Theater Professor Kelly Morgan teaches students how to utilize the sword as an extension of the character and a a vehicle by which the actor propels the story in his
Stage Movement: Combat in Weston Auditorium. This workshop-oriented course utilizes the basis techniques of movement with emphasis on developing each student's potential for effective physicalization of a character on stage. 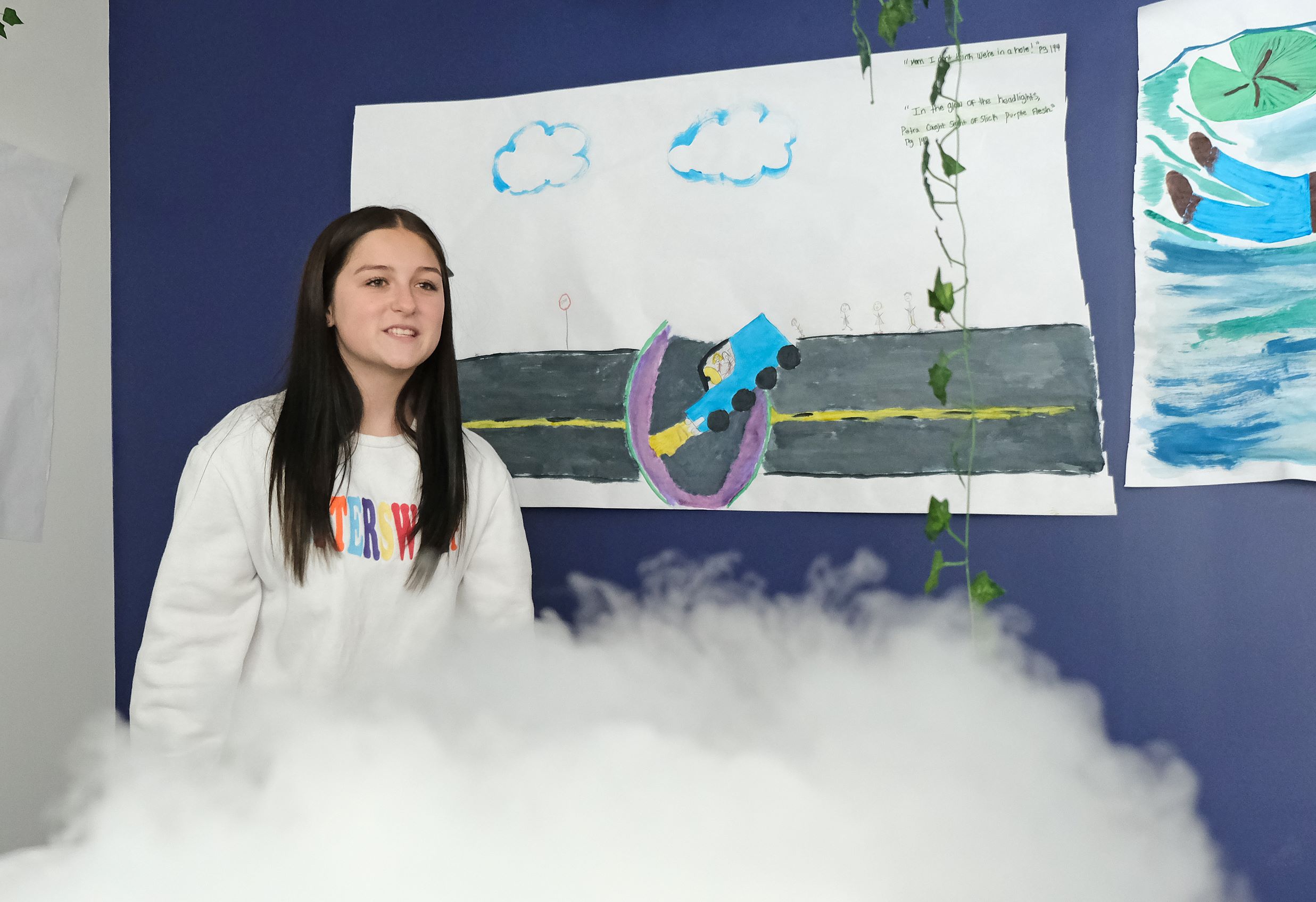 The mood was set in an Antonucci Science Complex study space with hanging vines, the scent of flowers, and fog - courtesy of dry ice - as students in the Dr. Katharine Covino (English Studies) and Dr. Erin MacNeal Rehrig (Biology and Chemistry) FYE course "terraform" the space. Students also transformed the space by hanging & presenting the posters they created using the book, Bloom  by  Kenneth Oppel as inspiration.