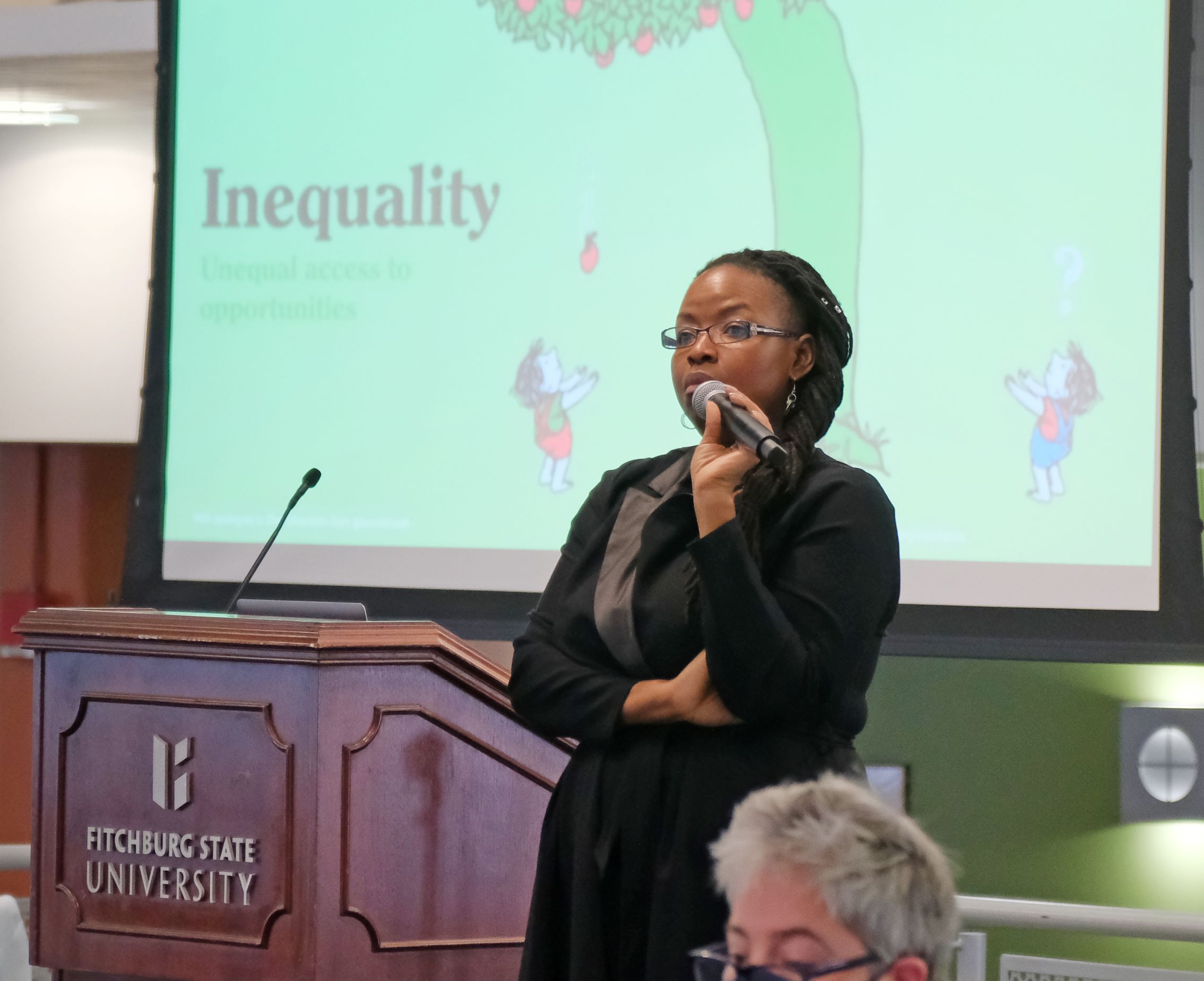 Vice President for Student Affairs Laura Bayless welcomed Dr. Nicole Harris, Associate Dean for the School of Education and a Visiting Assistant Professor in the Secondary and Higher Education Department at Salem State University, to join her for the opening workshop of today's Student Affairs Retreat & Professional Development Day. 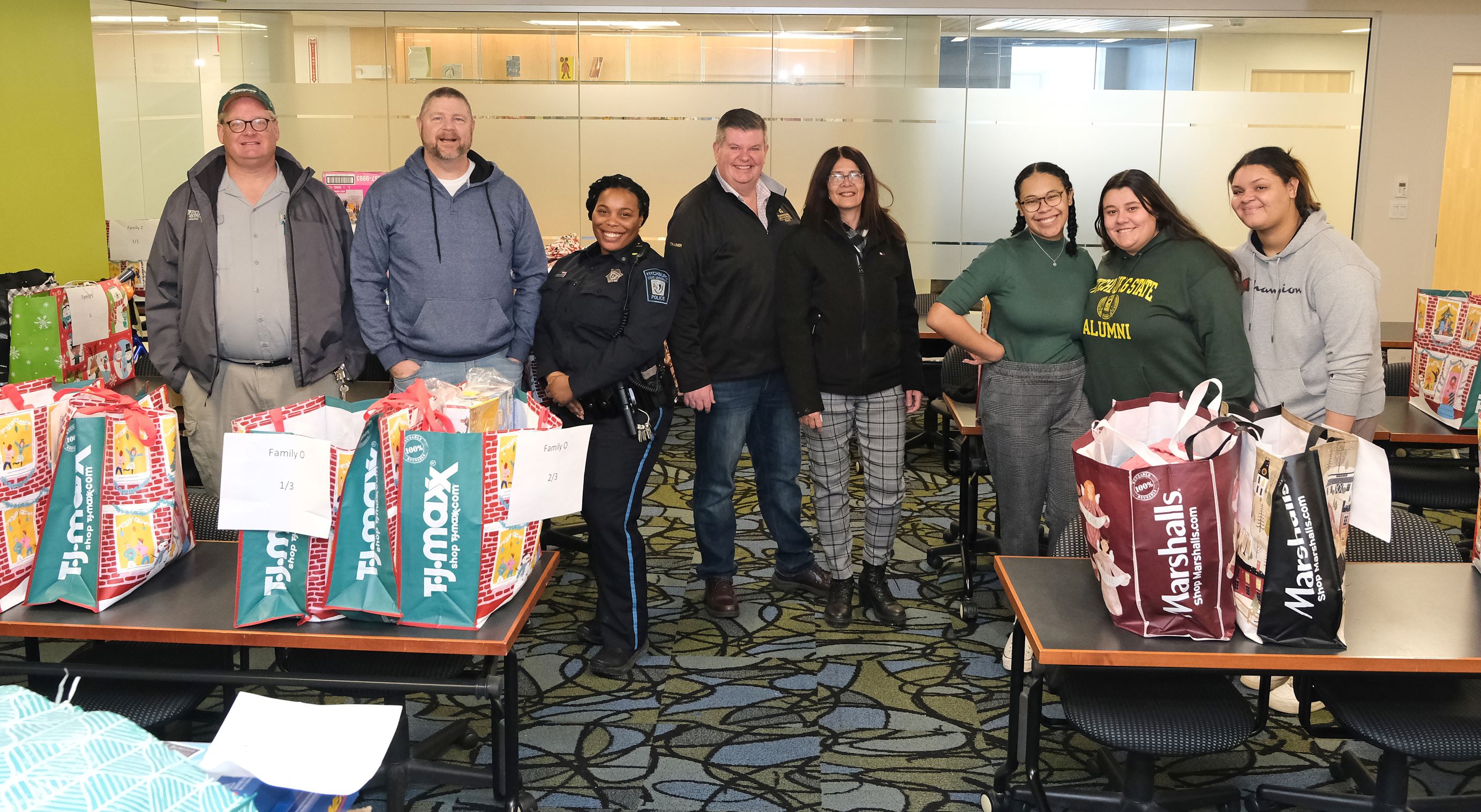 This morning saw the culmination of the Annual Care & Share Holiday Community Program. Members of Student Development, Materials Management, and  Fitchburg State University Police gathered in Hammond Hall to collect all the gifts collected for the Care & Share Program, donated by faculty and staff, for delivery to the McKay Campus School. For more than 40 years, the university has "adopted" children from the McKay school community to receive unwrapped gifts. 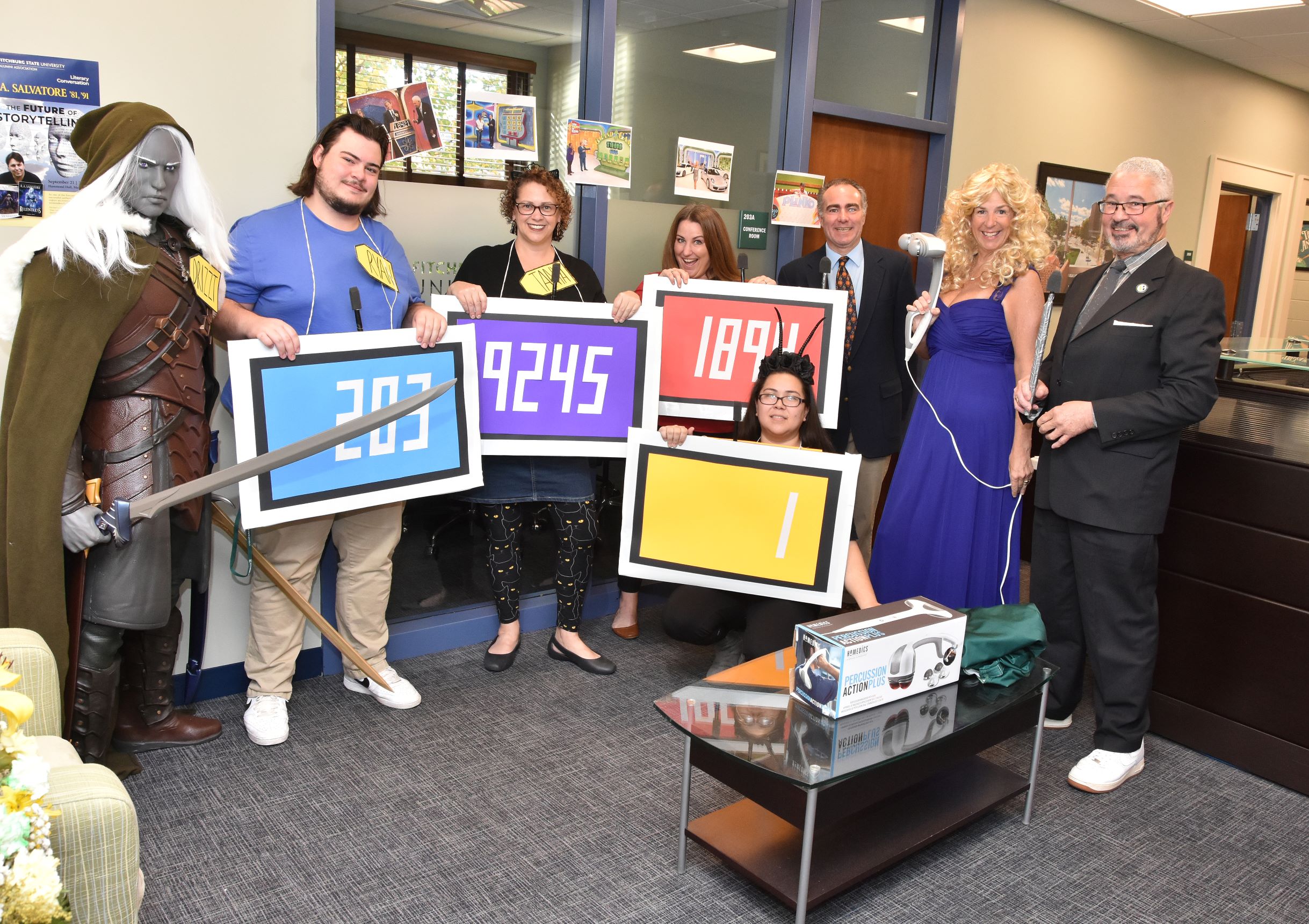 Each year, Fitchburg State University hosts the Staff Golden Pumpkin Costume Contest - this year's theme was TV Shows. Look closely and you will see The Brady Bunch, Hell's Kitchen, Survivor, Blues Clues, Scooby Doo, The Price is Right, Marvel TV, The Simpsons, and The Crown. Some offices went the extra mile with fully formed skits! The winning office gets bragging rights for an entire year along with the Golden Pumpkin Trophy! 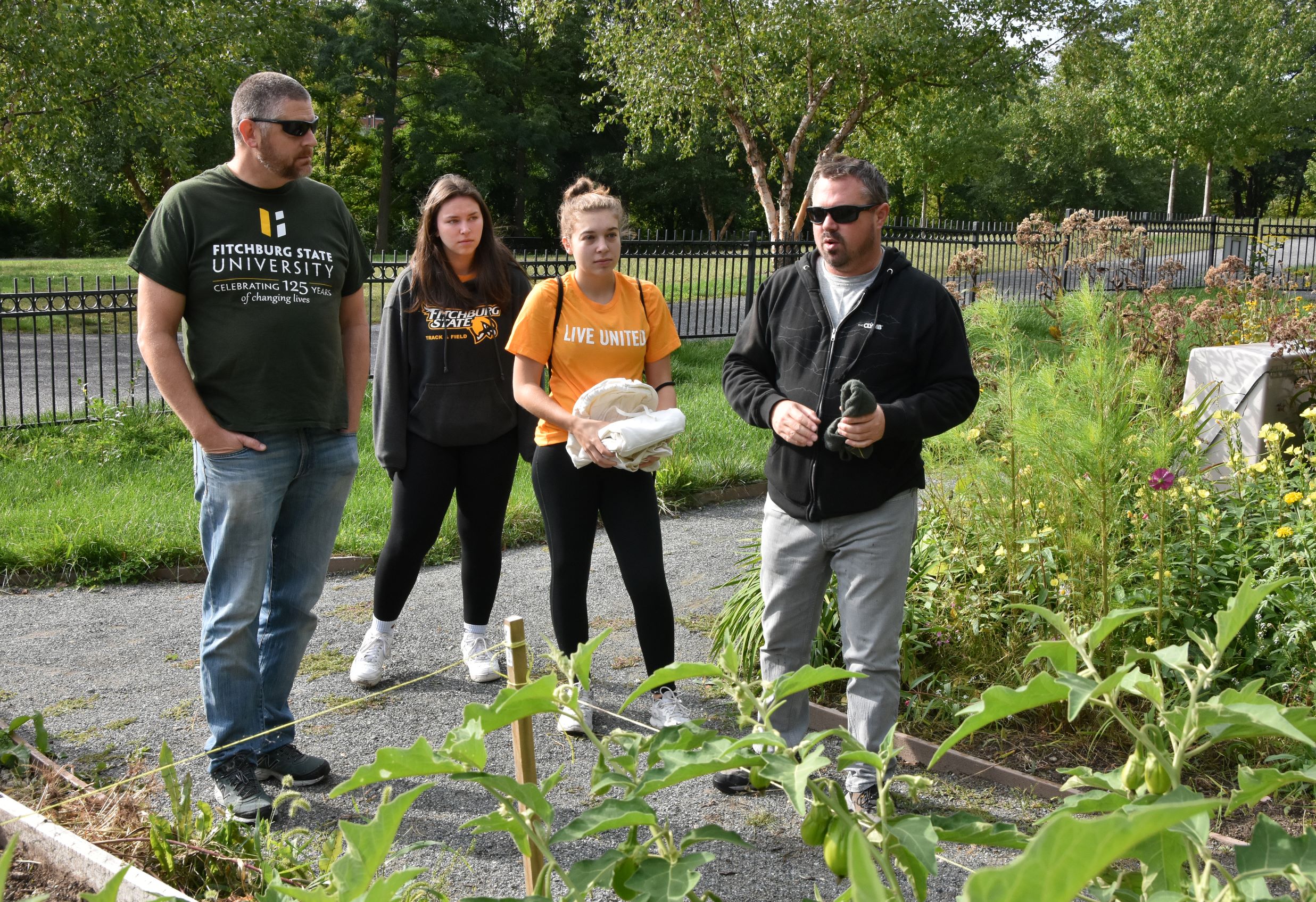 Today, as in years past, members of the Fitchburg State University community joined other volunteers from local companies and organizations at the United Way of Central Massachusetts 27th Annual United Way Day of Caring. The Day of Caring brings together hundreds of volunteers in service projects to benefit local community groups and the clients the United Way serves, and make a difference through meaningful volunteer projects in greater Worcester area. #dayofcaring 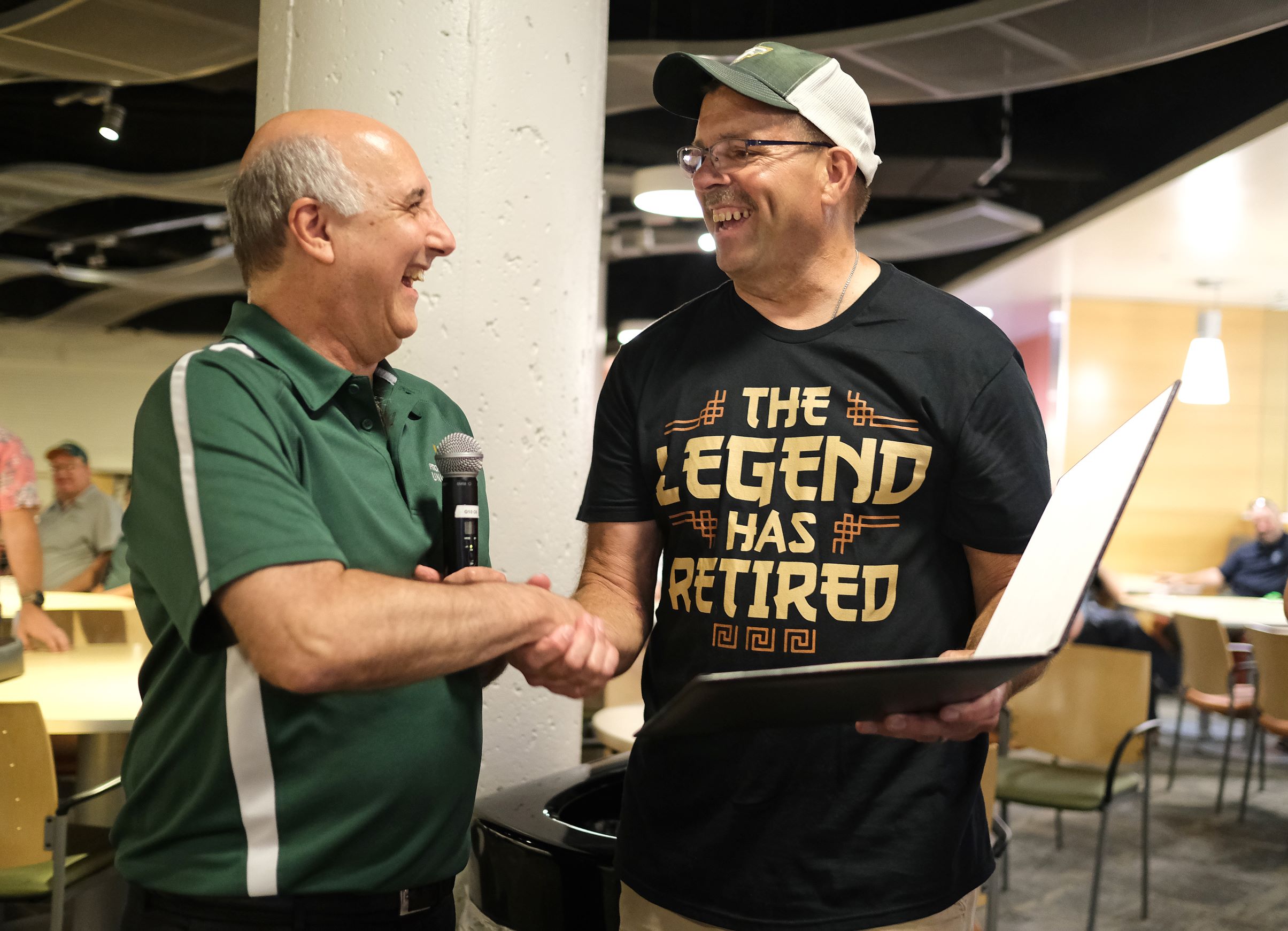 It was bittersweet as the Fitchburg State University bid a fond farewell to long-time Materials Management employee Kevin Kelley, Storekeeper IV, who is retiring after 42 years with the university. Kevin touched so many during his tenure and this afternoon saw the result of this good will as so many gathered in the Falcon Hub to share how much he will be missed. Good luck Kevin! 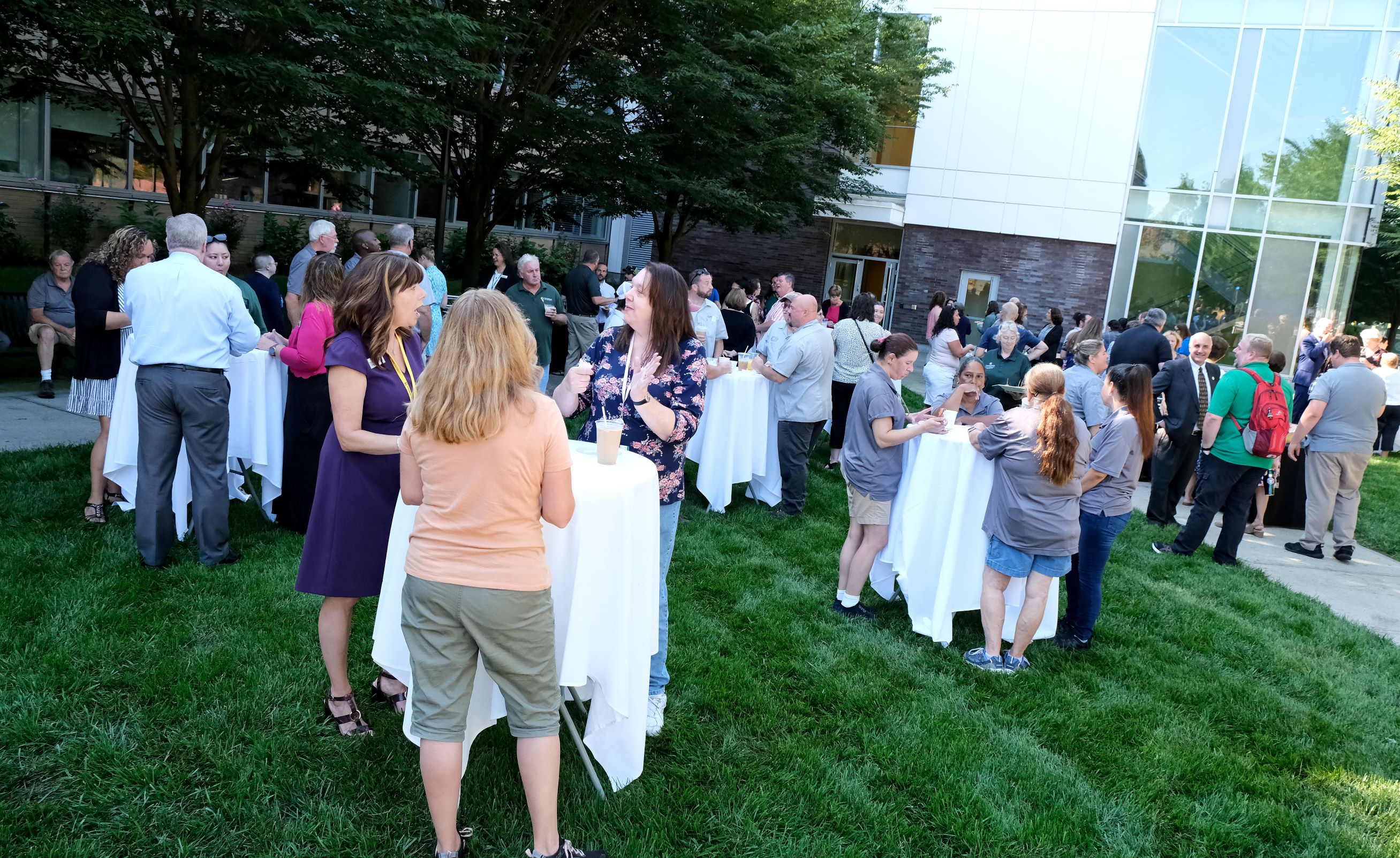 This morning, President Lapidus hosted a Welcome Back & Employee Recognition Celebration at the Kent Recital Hall. Prior to the presentations,  colleagues gathered outside the Antonucci Science Complex, where they had the opportunity to reconnect after the summer, and before the start of the fall semester next week. 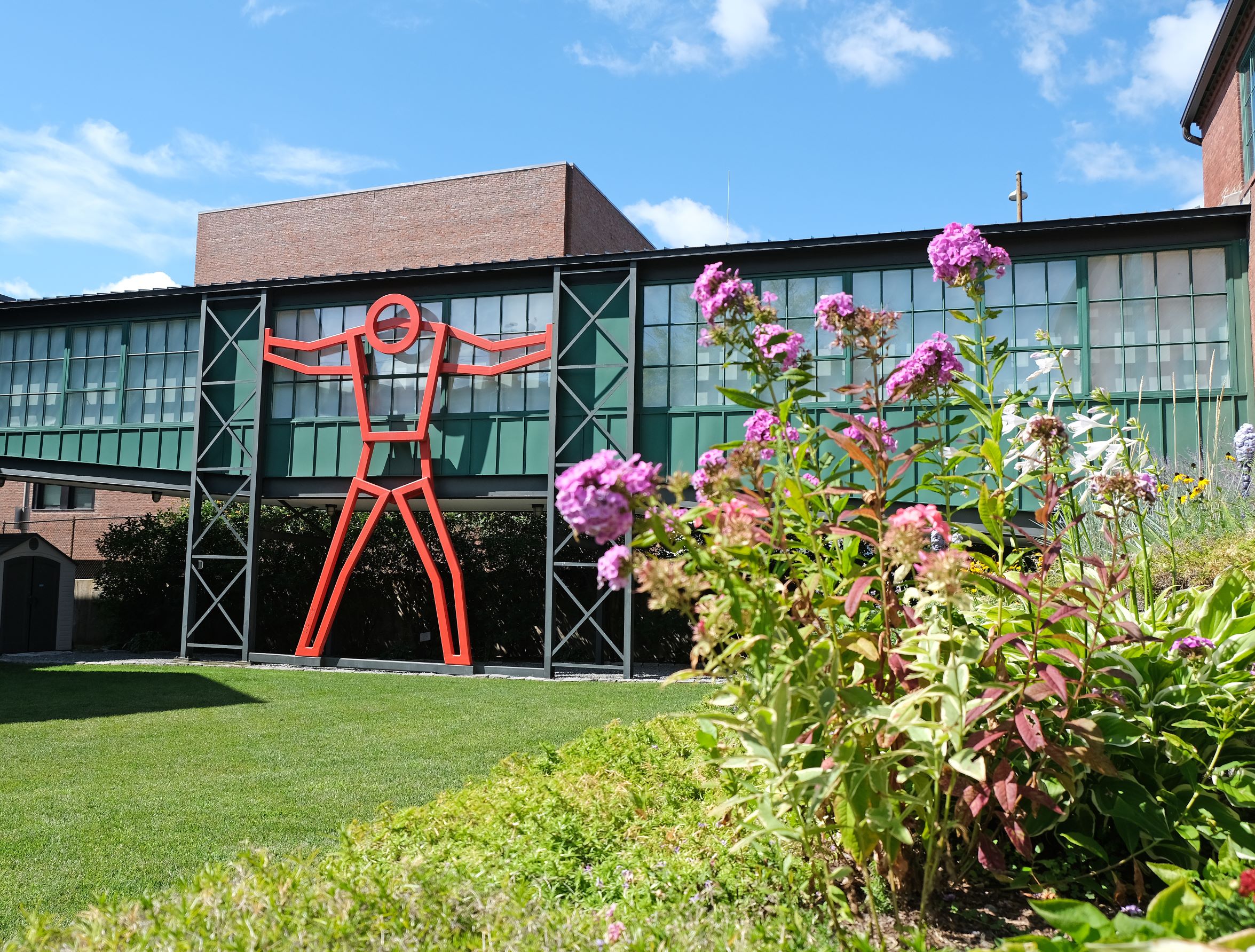 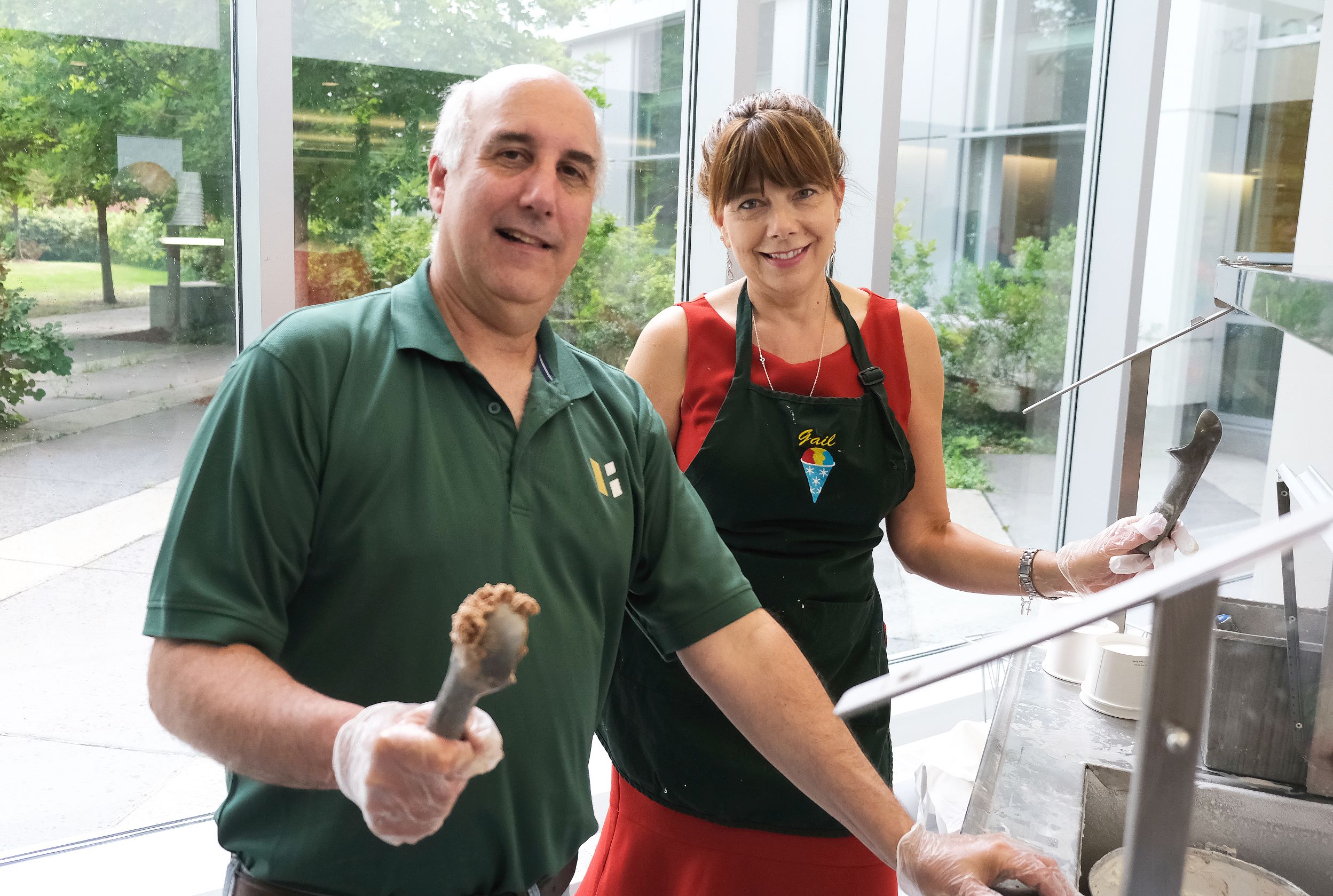 This afternoon, President Lapidus hosted an Ice Cream Social at the Lisciotti Pavilion in the Antonucci Science Center. The event was an opportunity for colleagues to gather and welcome new arrivals to campus including Provost Patricia Marshall and Dean of Health and Natural Sciences Jennifer Hanselman. President Lapidus and Special Assistant to the President Gail Doiron doled out the ice cream to an eager and grateful crowd.

Associate Director of Student Development, Commuter and Volunteer Affairs Shane Franzen, who is also the Advisor for our Gay Straight Alliance Organization, placed Pride Flags all along the G-Level patio in observance of Pride Month.