This is actually the first and only part, but I’m going to make a Godfather reference at least once here.

Skimming through the digital archives of the library, I came across the Saxifrage of 1930, which is easier to identify as an old yearbook. It’s called saxifrage after the wild flower that grows in the cracks of stone. What? You don’t skim through old periodicals for a thrill? It was an accident, but it was curious to scroll back eighty years without even leaving the library. So now that I’m the Marty Mcfly of my generation, let’s move forward.

In 1893, Joseph G. Edgerly, superintendent of schools at the time, proposed the idea to establish a State Normal School in Fitchburg. A State Normal School was an institution that would provide a proper education to high school graduates who were pursuing a career in teaching. The board of education agreed that improved accommodations would be necessary for shaping the future of Fitchburg’s schooling. The petition was supported strongly by city government, local legislators, and Joel D. Miller, senator of the district.

It’s fun to read these names and just picture them as the buildings dedicated to them around campus, rather than humans. “Look how tall that senator is!”

The objective of the Fitchburg school was to teach the history and philosophy of teaching using child studies and general psychology. Additionally, the aim was to practice the devices, methods and approaches to the theoretical study of education. This is fun. Get back in the Delorean.

The board decided to launch new normal schools in Fitchburg, Lowell, North Adams, and Hyannis. The first school to be organized was the Fitchburg school on July 1, 1895. Initially, for the first year and a half of the school’s creation it operated out of an old high school building.

The first reported roster of the school showed forty-six women under the direction of three teachers and a principal. 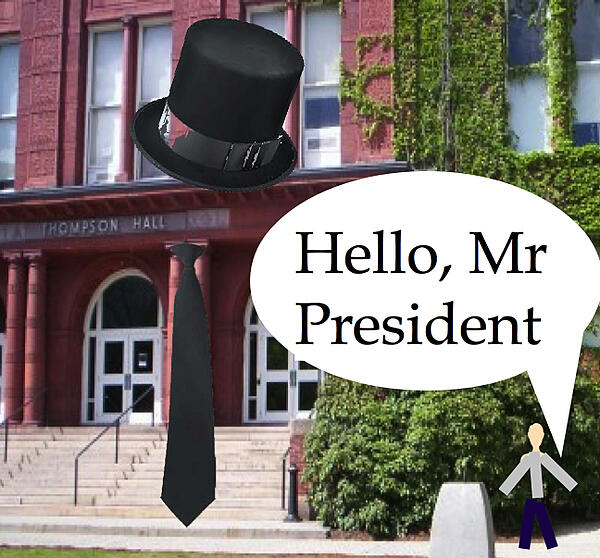 This first principal was none other than John G. Thompson, who held the position until 1920. In 1927 another familiar name took office, President Charles M. Herlihy.

As of 1930, 3,251 men and women had graduated from Fitchburg and readied themselves for teaching the generations to follow. It’s interesting to see that thirty-five years of graduates is just under half of the number of enrollments alone in 2013.

Man, I’d love to take part in a rousing chorus of the class song—which actually exists. I understand that looking at the history of something isn’t of the utmost excitement, but everything has a beginning. Sure, there’s no Batman emerging from Fitchburg State’s origin story but it deserves recognition. It’s a school I’m proud to be a part of, and maybe you would too.

Comment below and tell the world your deepest darkest secrets! No? Okay, but I'd love to hear your opinion on our history, and maybe some of your own. Also, what is your middle name? Not that it's relevant here, but variety is the spice of life.