Sound design is a very important aspect of filmmaking. Without sound design, a film can sound terrible. Unfortunately this is often overlooked, especially with student films. I, like many other film professionals, know how important sound design is. So, I made sure to take a sound-related class while at Fitchburg State.

Sound design was very simple at first and has evolved throughout the years. "Gravity"—my favorite movie of 2013—won an Oscar for sound, and rightfully so! Sound design isn't just making everything sound good, it's also about layering the sounds perfectly and making something sound real or the way the audience should hear it.

In the sound design class, we've learned about many techniques for recording sound including foley and spotting. Foley is basically re-recording specific sounds live on a sound stage. Spotting on the other hand is recording individual sounds that can be easily edited or mixed in. 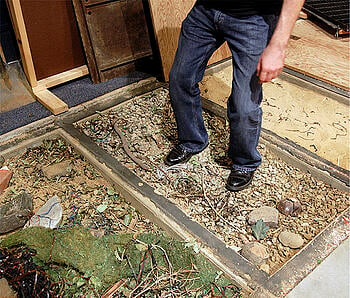 One of the main reasons why I chose Fitchburg State was because of the incredible film/video program the university offers. Plus we have access to tons of great equipment. One of the projects is to record all the sounds we can for a film clip. We're given access to sound recorders as well as Pro Tools. It's great!

Next time you go to a movie, listen to the sound and think about what went into making it. Was it foley? Spotting? Or maybe both. Either way, you'll have a new appreciation for what comes out of the speakers and not just on the screen.

Are you a movie buff? What movie do you think has great sound design?