Do you want to read some wonderful books by some of our most unique and compelling voices?  Looking for new authors and works to share with your classes? Want to build a reading list for exams or a thesis? If so, sign up for this hybrid literature class in Summer II! 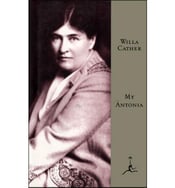 My Antonia, Willa Cather’s masterpiece, is an evocative portrayal of a young Eastern European immigrant girl, a romantic boy uprooted from Virginia to Nebraska, and the evolving world of the prairies and frontier towns in which they grow up together.

Beloved and The House on Mango Street, one a dense but deeply moving postmodern historical novel about slavery and race, the other a deceptively simple short story cycle narrated by a young Mexican American girl, are both vital 1980s American fictions that changed our literary and cultural landscape. 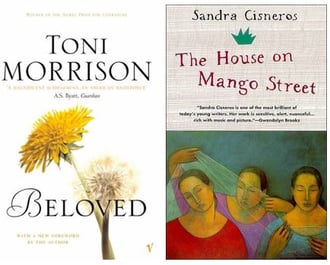 These texts will provide the core of our explorations into 20th century American women writers. And in our online meetings and conversations, we’ll read a variety of other short fiction, poetry, and autobiographical works by other talented and vital voices across the century and its many genres, cultures, and histories.

This course will count as a literature elective for both the MA and the MAT programs in English Studies.